J.T., I'm really thankful that you've been willing to do this interview. So at first, it would be great to introduce you. When did you start with writing? Had you some special moment, you said to yourself "I want to write"?

I’ve written for pleasure since as long as I can remember, certainly since I was about six years old. I’d always hoped that one day I would be able to do it for a living, but it wasn’t until I got married that my wife encouraged me to send what I had written of a novel (the first half of STOP AT NOTHING) to a literary agent and see what a professional thought about my chances! Luckily he really enjoyed it and took me on as a client. That’s when I first thought that I’d be able to do it as a career.

The storyline of The Origin is pretty mysterious and conspiratorial, I guess. Where the idea came from? I mean, it was great mixed - alien things and historical facts, mystery, etc.

My first novel, STOP AT NOTHING, didn’t sell to a publishing house (we later released it as an Amazon e-book), so my agent and I sat down and discussed new projects. He asked me to come up with a ‘high-concept’ thriller, maybe even something which mixed genres. I remembered a discussion I’d had with my wife several months before about genetic modification, and how future societies may be affected by these advances. I had written up a story outline, but it was more pure sci-fi, and because I’m more of a thriller writer, I didn’t think much more about it. But after this discussion with my agent, I started to think that maybe some of the concepts could be used as the back-drop to a contemporary action thriller. I then started to research various subjects, and began to weave everything together into a unique conspiracy theory which (rather ambitiously!) tried to explain the history of mankind itself, from a different and exciting perspective.

Well, you wrote three another book - Extinction, Stop at Nothing and Destructive Thoughts. Can you tell us what is the main storyline?

In EXTINCTION, the world is being turned upside down - dogs attack their owners, flocks of birds take down jet airliners, and natural disasters threaten total destruction. When a religious statue moves, raising its arms to Heaven, many people think that it is a sign - the end of the world is near. Investigative reporter Alyssa Durham, however, receives information that everything is not as it appears; an old friend calls her to say that these events are not natural, but when they meet up, he is murdered in front of her – an act which throws her into a thrilling race against time as she tries to find out what is happening, and save the entire human race from extinction.

STOP AT NOTHING is more of a military/espionage action thriller. Mark Cole is an ex-US Navy SEAL who now performs ‘deniable’ operations for the American government. But when he successfully completes his latest job – assassinating one of the deputy directors of the CIA – he finds that his own people now want him dead in order to cover their tracks. He uncovers a plan which threatens to throw the whole world back into the Cold War, but with his wife and children also in mortal danger, he has to try and save both before it is too late.

DESTRUCTIVE THOUGHTS is a short story set in the near future, where our every thought is captured and analyzed. ‘Unauthorized’ thoughts are transmitted onto large screens spread throughout American cities, and citizens are punished by mob justice. When Ben Carver is accused of such a thought – a thought he swears he never had – he finds himself pursued by both government agents and his fellow citizens. Will he be able to prove his innocence, or will the system triumph?

Do you have a ritual before or during the writing?

My only real ritual is research and planning. Before I write a word of a novel, I will have spent about three months researching and planning the storyline. I think it’s really important for thrillers to be carefully plotted for them to make sense, to be able to layer things in so that readers can figure things out. I like endings to be a surprise, but it’s important that readers are able to go back over the book and see how the clues are buried in there for them to find. Planning in this way also makes the writing process a lot smoother, as I know exactly what needs to be written, at what time. It’s much easier than just sitting down in front of the computer and waiting to see what happens, for me at least.

As the author of thrillers, what kind of books do you enjoy reading?

I definitely enjoy thrillers the most, and I have been heavily influenced by Tom Clancy, David Morrell, Eric Van Lustbader, Robert Ludlum, Alistair MacLean, Jack Higgins, Thomas Harris and Clive Custler, to name just a few. These are ‘old school’ authors who I loved when I was growing up, but I still love reading books in this genre, especially from Barry Eisler, Vince Flynn, Brad Thor, Dan Brown and Ted Bell. I also enjoy crime thrillers, and spend a lot of time reading non-fiction, especially sports and health titles. I also tend to read a lot about whichever subject I’m currently writing about, or planning to write about in the future.

What book you currently reading?

You have your own web page, facebook page and twitter account. So, are you "good friend" with this social networks? Do you think that's possible for authors, exist without them? Are you in touch with your fans?

I think social media is invaluable, and really helps to connects authors to their fans. In the past, it would have been hard for fans to contact authors, they would probably have had to write to their publishing house or agent and hope to have their letters forwarded, but now we’re just a click away, which is really nice and makes for a better relationship. I love being contacted by fans, as it’s a great way of knowing what people like and don’t like, and I take that into consideration when I’m writing. That’s not to say that it is impossible to live without it, however – good books will still sell, and will still be enjoyed with or without twitter and Facebook. But it is nicer to have it!

Thank you very much for the interview. And finally, what would you say to Czech and Slovak readers or all readers?

I would like to express my thanks to everyone for reading ORIGIN, and I really hope you enjoy it. I know it’s a bit different, and I think that if you keep an open mind, you will really get a kick out of it! I hope my other books will also be translated, and I will be able to develop a strong and lasting relationship with my fans over there.

And thank you Kristie for introducing me, it’s been a pleasure doing this interview! 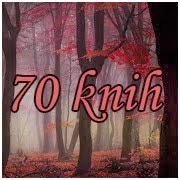 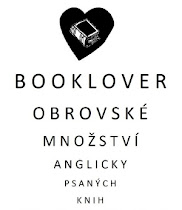 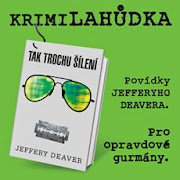 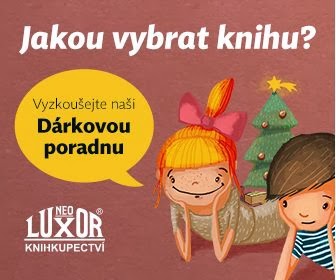